Present for the Re-Birth 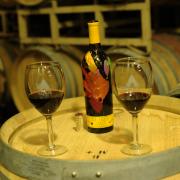 After graduating from Princeton University in 1964 and from the University of Texas School of Law at Austin in 1967, I accepted a one-year clerkship position with Judge Walter Ely of the United States Court of Appeals for the Ninth Circuit, whose chambers were in Los Angeles. I moved there thinking that I’d return to Texas in a year or so to practice law in Dallas or Houston. Working for Judge Ely was a life-enhancing experience. He was born in Texas, the son of a well-known state judge from Abilene, Texas, and after joining the Marines and winning a Silver Star on Guadalcanal, the Judge settled in Los Angeles, where he became a successful trial lawyer. He was one of those people who could point his finger at a blazing noontime sun while at the same time convincing you that it was, indisputably, the dark of night.

My clerkship in Los Angeles led to my joining O’Melveny & Myers, one of California’s, and now the country’s, great law firms. I was with O’Melveny, first as an associate and later as a partner, for 17 years – a great deal longer than the “year or so” I’d originally intended to spend in Los Angeles.

In Texas, and while attending Princeton in New Jersey, pretty much all the wine I’d ever heard about in any meaningful way was from France. That changed big time once I was in California. In retrospect, we now know that the decade of the 1970’s brought the first prominent labor contractions of the re-birth of the California wine industry – a re-birth made necessary by the disastrous consequences of America’s experiment with Prohibition from 1920 to 1933. California’s wine revival began in the 1950’s with James Zellerbach’s experiments with European barrels at Hanzell Vineyards, continued with Robert Mondavi’s 1965 split from his family and their Charles Krug Winery, and perhaps reached its zenith with the famous 1976 Steven Sperrier tasting in Paris, where a Chateau Montelena Chardonnay triumphed over famous white Burgundies, while a Stag’s Leap Wine Cellars Cabernet Sauvignon topped the best that Bordeaux had to offer. It seemed like every local newspaper or magazine had some kind of article about California wine, and I read them all. There was a vibrancy about it, and I couldn’t help but get caught up in the excitement.

At a home winemaking shop near where I lived, I bought a winemaking kit that featured a can of Ruby Cabernet concentrate — enough (when diluted with water) to make about eight cases of wine. (Ruby Cabernet was a lesser Cabernet Sauvignon relative that the University of California at Davis had developed to grow in California’s hot central valley.) I made the wine and enjoyed every step of the process, except perhaps the serving of the finished product, for which superb was definitely the wrong word.

I bought every book I could find about California wine, and subscribed to everything from Wines and Vines (an industry trade publication) to Wine Country Connoisseur. Growing up in Texas, I’d had no contact with farming and could barely even deal with the workings of a push lawn mover. So I also grabbed up dozens of “how-to-return-to-the-earth” manuals that demonstrated the workings of farm tractors, harrows, plows and discs.

At O’Melveny I joined the Corporate Law Department and worked on corporate mergers, acquisitions, public offerings and other similar business transactions. Somehow my interest in the California wine industry became known to many of my friends, and one day in 1970 I was sent an Offering Memorandum that captivated me. I still have my copy.

Beringer Winery was for sale! The complete winery, the famous Beringer Bros. house in Napa Valley, and 360 acres of producing vineyard — all for sale for two point six million dollars, cash on the wine barrel head.

Unfortunately (at least for my interest in Beringer), I wasn’t born rich. My paternal grandfather spent most of his life working as a drilling pipe salesman for Oil Well Supply  Company. Mom’s maternal grandfather was a farmer in East Texas, but his farm was nowhere near the famed East Texas Field that made H. L. Hunt rich. Mom’s father was a partner in Blackburn-Shaw, a funeral home in Amarillo, Texas. Dad had done well for himself as Managing Director of the Summer Musicals, but my four years at Princeton had sucked up my parent’s savings, and we certainly didn’t own any shares of oil wells or office buildings. My father did, however, know lots of Dallas people who had been fortunate in the financial world, so I sent him a copy of the Beringer Offering Memorandum.

“This is a chance in a lifetime,” I wrote. “I know you don’t have the money to do this yourself, but please think hard about showing this to a group of your friends and seeing if you can put together an investment group to buy Beringer.” I know now that the super-sized energy waves flowing from the California wine industry had not yet reached Texas, but I didn’t know that then, and I waited anxiously for Dad’s reply.

Soon after getting my package, Dad called. “Son,” he said, “you know I love wine almost as much as I love you. Now this Beringer thing . . . I know you’re smart . . .but have you lost your mind? Some of us drink a fair amount of wine here in Texas, but we drink French wine! I don’t know anybody who’d invest in a California winery. And even if I got a group of friends together to buy it, who’d manage it? Our family knows nothing about the running a winery!”

So I wasn’t able to lead a group to buy Beringer. Some months later, in 1971, I read in the newspaper that the winery and its vineyards had been acquired by Nestlé for the asking price. I was pleased that the winery had found new backers, and not at all disappointed, because back then the opportunities in the California wine business seemed endless.

But what happened with Beringer illustrates perfectly the dynamic growth that was then in store for the California wine industry over the 1980’s and 90’s. Beringer grew and prospered under Nestlé’s ownership, and in 1996, as part of a corporate reorganization, Nestlé put Beringer up for sale. This time the sale price was $350,000,000.

I guess, by then, even my fellow Texans were drinking a lot of California wine!