Winemaker Lucas Meeker grew up in the wine business; his earliest memory is a face-in-glass view tasting Zinfandel juice as a toddler in Dry Creek Valley. He spent a fair portion of his high school years washing glasses in the back of the tasting room and working in the winery. He cleaned his first tank at the ripe age of 17.

After graduating magna cum laude from Colgate University with High Honors in English in 2007, he returned home to the family winery with plans to eventually head to graduate school. Lucas started with marketing, label design, and cellar rat work. He made wines under his own label, Lucas J. Cellars, for four vintages (2007-2010) and honed the craft of winemaking through hands on experience and a passion for reading and learning from his Dad, other winemakers, books, UC Davis, the internet, and his own mistakes. Eventually, he abandoned his plans for graduate school and further dedicated himself to the craft of winemaking.

Lucas took over daily operation of the winery in 2010, and after four years as Co-Winemaker with Charlie, officially became Head Winemaker in 2014. He’s proud to carry on his father’s innovative and passionate winemaking spirit, especially in regards to experimentation in technique and the drive for understanding that has underpinned the core values of Meeker wines since the 1980’s. He’s still trying to figure out how to live up to his mother’s indomitable personality and ability to communicate about wine in engaging ways with people from all backgrounds. Lucas is famous (or infamous) for incredibly verbose, technical answers to pretty simple questions.

In the winery, Lucas has pushed to constantly sharpen and improve our technique while instilling new passion to our wines. Lucas was responsible for the introduction of Grenache as a core Meeker variety as well as our renewed commitment to Cabernet Franc and Syrah. He is driven to produce wines that are honest refections of the people, the region, and the history that created them. He is committed to talking about these wines and the process that creates them in detail with refreshing honesty and integrity.

Lucas lives in Petaluma with his wife, Erika, his two sons, Canyon and Sage, and their goldendoodle, Ennis. When he’s not at the winery, Lucas is either on a road or mountain bike or on the water, either guiding fly anglers or fishing, preferably for wild steelhead out of cell phone reception.

To get in touch with Lucas directly, please email him at lucas@meekerwine.com. 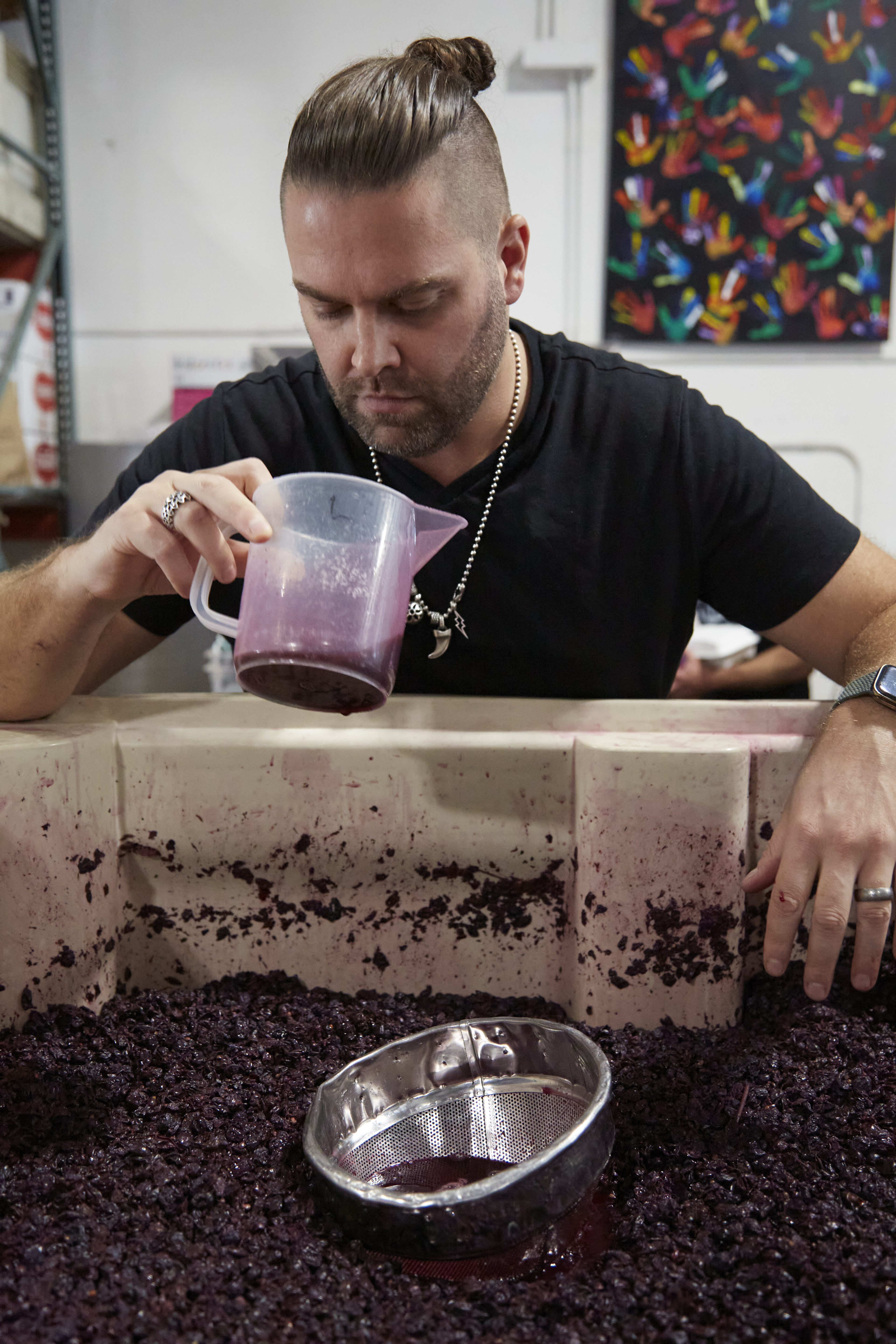