Molly De Hetre Meeker was born and raised in Youngstown, Ohio. She studied theater and sociology at Mount Holyoke College in South Hadley, MA, and moved to Southern California after graduating. The plan was to find a job in the entertainment business (she secretly hoped to be discovered and become a star, but was willing to type in the meantime). She lucked out and found a job at Tandem/T.A.T., the television production company owned by Norman Lear, Bud Yorkin and Jerry Perenchio, eventually rising to Vice President of Business Affairs. She worked there on television series such as “One Day at a Time,” “Facts of Life” and “Different Strokes,” among others, for eight years. She used her vacation days to work as an actress on the Straw Hat theater circuit in New England. Later, in Los Angeles, she appeared in commercials and an episode of “Quantum Leap.”
She met Charlie Meeker while at Tandem/T.A.T. and the rest, including the birth of two children and the owning of many dogs, as they say, is history. She and Charlie founded Meeker in 1977 with the purchase of a piece of land in the Dry Creek Valley, which they planted to Zinfandel, among other grapes. In 1983 they made their first wine and a year later built a humble winery and set up a teepee for tastings. Nowadays, Molly is president of the winery, based today off the Healdsburg Square in downtown Healdsburg, and is in charge of accounting, marketing and out-of-state sales. She continues to be the unrelenting core of personality for the whole business, spreading the good word about Meeker wines across the country. 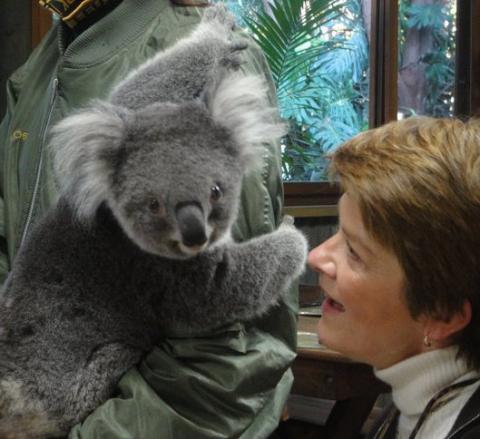